By Beth Sullivan
Not rain, nor snow nor sleet or hail: nothing can stop the Audubon Christmas Bird Count. Well, almost nothing. One year there was a blizzard and it was reluctantly rescheduled. Not because folks were worried about driving about in the weather, but because visibility would be low and they might not get to see many birds and thus lower their tallies! 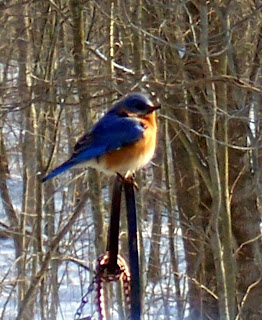 For 114 years birders around North America have joined forces to be citizen scientists on behalf of collecting data and increasing our knowledge and understanding about birds in a given area. By being consistent with the dates: always between December 14 and Jan 5, and consistent with the areas covered each year, data has been collected and studied to give ornithologists a better view of changes in populations of birds over time.
The New London Bird Count was started in the 1940s. It is based on a circle centered at the intersection of Gardner and Ocean Avenues in NL. The circles are all 15 miles in diameter and are often created to include the greatest diversity of habitats, thereby increasing the greatest number of species possible. 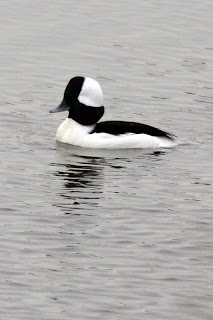 Bob Dewire has been organizing and doing compilation for the New London Christmas Count for 50 years! His teams will be spreading out on December 28th. A good year will see the tally around 120 species. Last year we had 122. The highest count was 125. Bad weather and fog always lower the tally.

Check the National Audubon CBC website for a lot more history and information. Then register to be part of the count and get out on Sat. Dec 28th. Don’t forget the binoculars Santa brought & a note pad! Have fun. Merry Christmas to all.

Email ThisBlogThis!Share to TwitterShare to FacebookShare to Pinterest
Labels: CBC