Planning the future of the Barrett Preserve in Ledyard

By Mike Goodwin
Each of our member Town Committees is tasked with preparing property management plans for the preserves in their town. This is a time consuming task and Avalonia has a long way to go to finalize plans for all our properties. In Ledyard much work has been done to develop these plans and to implement the work recommended. One of the major properties receiving a lot of attention is the Barrett Preserve. 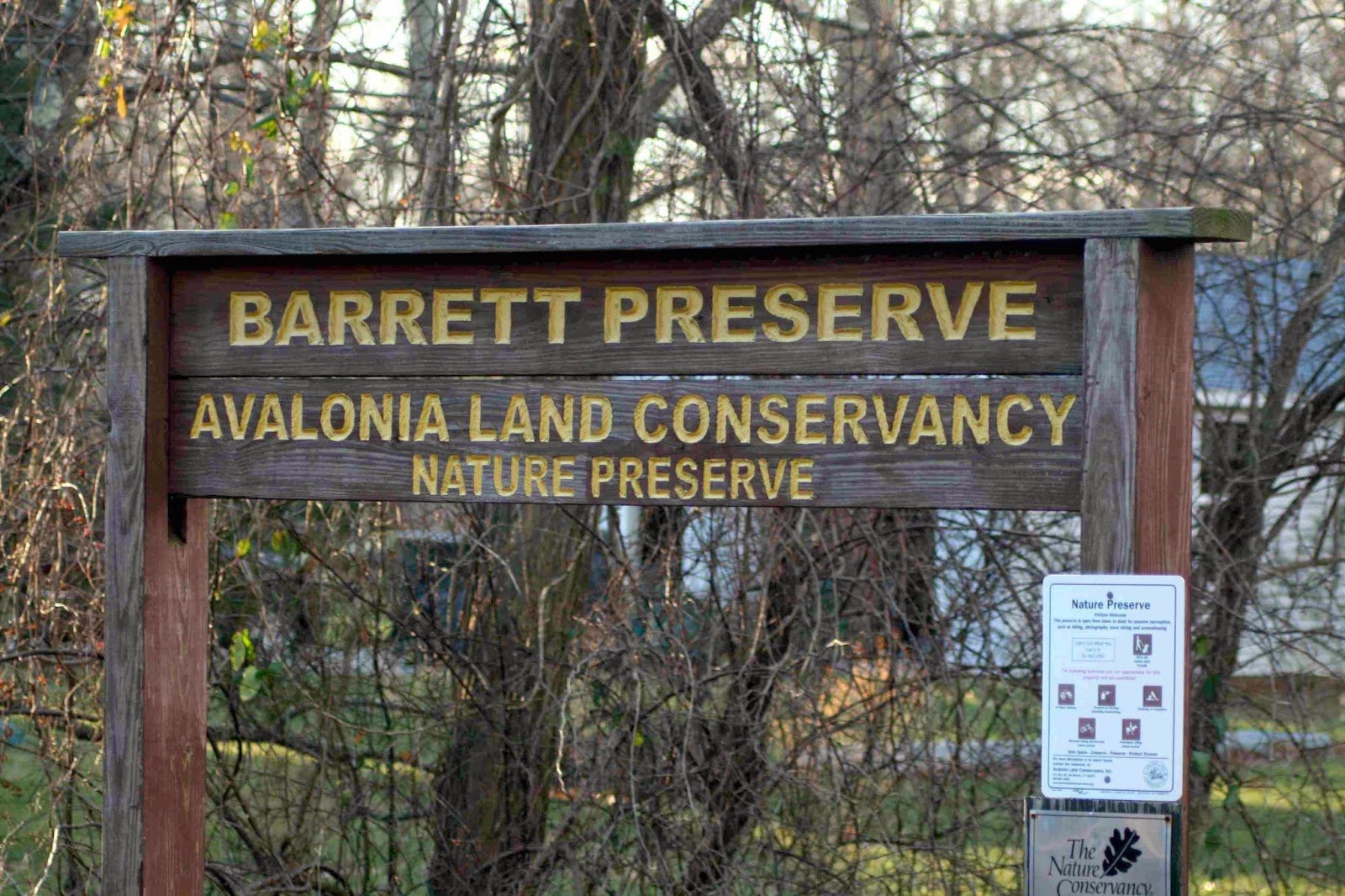 The Barrett Preserve was transferred from the Nature Conservancy to Avalonia Land Conservancy in 1994 and has been a nature preserve since 1967. Avalonia maintains hiking trails on the property and has maintained an open field and dogwood grove at the entrance per the previous owner’s request. 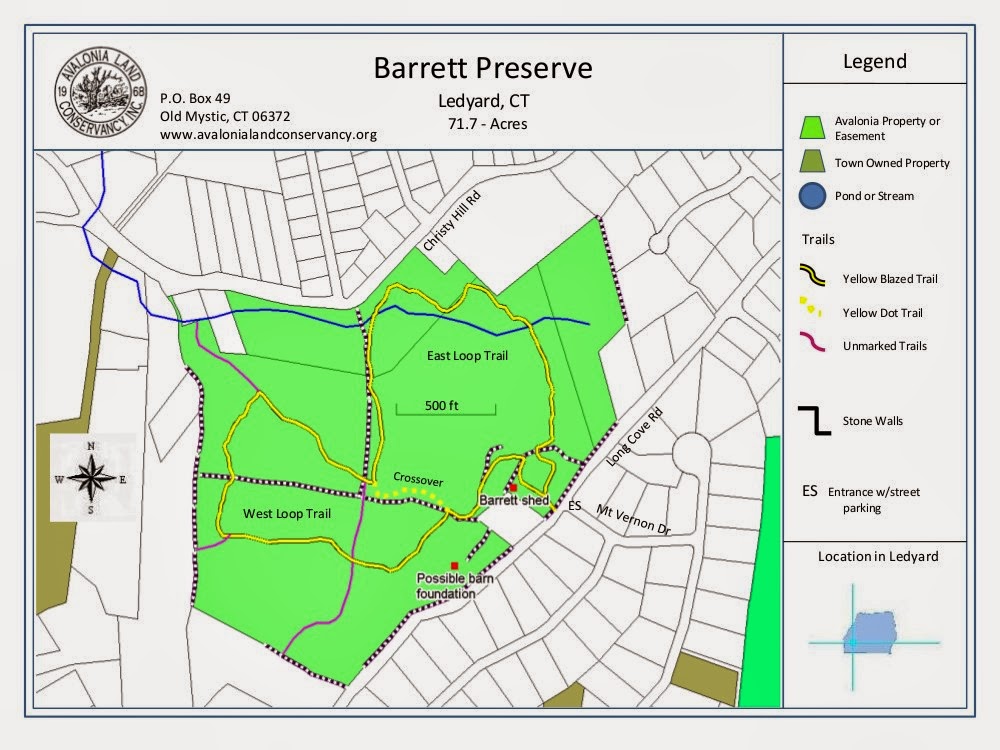 In preparation for writing a property management plan, Avalonia secured a grant in June 2011 to prepare a forest stewardship plan from the Natural Resource Conservation Service, NRCS, a part of the US Department of Agriculture. Connwood Foresters, Inc. was hired and delivered the forest stewardship plan in March 2012. The Property Management Plan for the Barrett Preserve was completed shortly after receiving this plan.
The forest stewardship plan recommended six one-acre canopy openings to encourage young tree growth to improve forest age diversity and an additional three one acre cuts to remove the abundant black birch from the old burn area to encourage a more diverse forest. The plan also recommended girdling three trees/acre and construction of one brush pile/acre for small animal shelter. Girdling involves removing a band of bark and cambium around a tree’s circumference to kill it and leave a standing snag. The Barrett Property Management Plan changed this recommendation to clearing three one-acre cuts plus one three-acre cut in the burn area. We did this because of wetlands and access limitations to portions of the preserve. The plan also included clearing invasive plants from under the dogwood grove and continued mowing of the field in the fall.
The Barrett Preserve, like most of the forested lands in Connecticut today, is covered by a forest of uniform age with little young growth. The soil is very rocky and wet over large portions of the preserve. In a major storm we expect significant wind damage which would take many years to regenerate without some young trees in the mix. Storms over the last two years have emphasized this problem with large trees being uprooted in the wetter areas.
Avalonia applied for and received a grant from NRCS in February 2013 to implement the planned work. In summer 2013, Connwood Foresters, Inc. was hired to mark the trees to be cut. The area was surveyed and trees marked in early November 2013.
Avalonia plans to contract with a logger to complete the tree removal on the three one-acre tracts in early 2014. We plan to clear the three-acre burn area of small black birch over the next year using volunteers. We will leave the downed trees on site to discourage deer from eating the expected new growth. There will be some unsightly areas on the preserve for a few years but there should be a lot of new growth and enhanced wildlife habitat in the near future and for years to come.


Photographs by Beth Sullivan.
Posted by Al Bach at 6:38 AM