By Beth Sullivan
Over the past week, many of us have watched watching the developing drama of the ice dams on two major Connecticut rivers. This is a natural occurrence that doesn’t occur very often. It is heartening that people have been paying attention to Mother Nature and respecting her power.
Anyone who hikes in our area is also witnessing the powerful effects of our Mother, whether they recognize it or not. As the glaciers made their way over our landscape, tens of thousands of years ago, those huge masses of ice scoured the land. As they moved south, they gouged out the valleys and moved around unmovable large areas of granite bedrock to create the ridges we are so familiar with. Everywhere we walk, we are confronted with exposed bedrock and interesting outcrops and rock ridges. Some are certainly more impressive than others.
As those same glaciers moved through the landscape they picked up boulders, some as big as houses, as well as tons of smaller ones, all sizes, and moved them along. When the ice began melting and the glaciers retreated, the rocks then dropped out of the ice masses and remain dotting the landscape, in often precarious positions. Many of Avalonia’s preserves give testament to the process, and our trails offer close looks at glacially carved landscapes, solid ridges, sandy streambeds in low valleys between the ridges, kettle holes, erratics, and jumbled moraines.

But take some time to investigate the gentler side of ice, the beauty of its varied shapes and configurations. Hike along a woodland stream at this time of year and you may see ice coated rocks and nearly frozen waters falls spilling over them, some seemingly stopped in time.
Shallow, frozen wetlands often become the springtime’s vernal pools. They are not deep, with leaves lining the bottom, and a myriad of life forms hibernating or inactive in the mud and organic debris. When the ice is clear, notice bubbles and swirls created by the freezing water and air trapped within. It is easy to be mesmerized by the designs in ice: some sharp and jagged, some soft and rounded. I have had the amazing luck to once see an Eastern red-spotted newt swimming just under the clear ice of a frozen vernal pool. Life goes on. Pretty amazing.
In the rocky woodland it is also beautiful to see the icicles form where water runs off the rock ridges and when hanging over the evergreen woodland ferns on the rock face, they seem to create a mismatched piece of winter art.
A drive along our coastal preserves allows you to stop and overlook frozen marsh land as well as the frozen coves. Because these waters are tidal, the ice rises and falls with the water, often creating some interesting and explosive looking eruptions around the partly submerged rocks.
Ice had the power to shape the land, and the results influence our lives every day. Yet the seasonal ice, which seems gentler, can still cause ice jams and floods. The most fleeting ice is beautiful . It has its purpose in natural cycles, yet beyond the purpose, it offers us another reason to get out and enjoy the seasons in nature. Pure beauty. 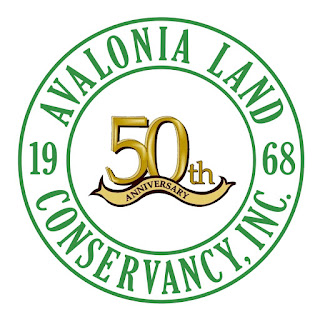