Some history of how Dodge Paddock and Beal Preserve were acquired

This week we revisit another posting from  students of Connecticut College's Goodwin-Niering Center for the Environment.  This time about the history of Dodge Paddock and Beal Preserve.


by Cian Fields and Marina Stuart

Much of this information comes from interviews with Shirley Beal and Anne Nalwalk, and we thank them for their time and great memories.

Shirley and Leonard Beal, owner of Dodson’s Boatyard, moved onto Main Street in Stonington Borough about 40 years ago. Their property looked out over a small piece of mostly wetlands that led up to Little Narragansett Bay. This was one of the last remaining pieces of undeveloped open space in Stonington Borough. This pristine parcel even played a significant role in the Stonington Borough community life, as it was the site of a historic and annual Easter day baseball game for Borough residents. Upon the passing of John E. Dodge, whose estate owned the land, there was great concern among the neighbors who abutted the property that it would be purchased and turned into condominiums. The Beals always had an interest in preserving land even before they became involved with Avalonia (or Mashantucket Land Trust, as it was called back then). 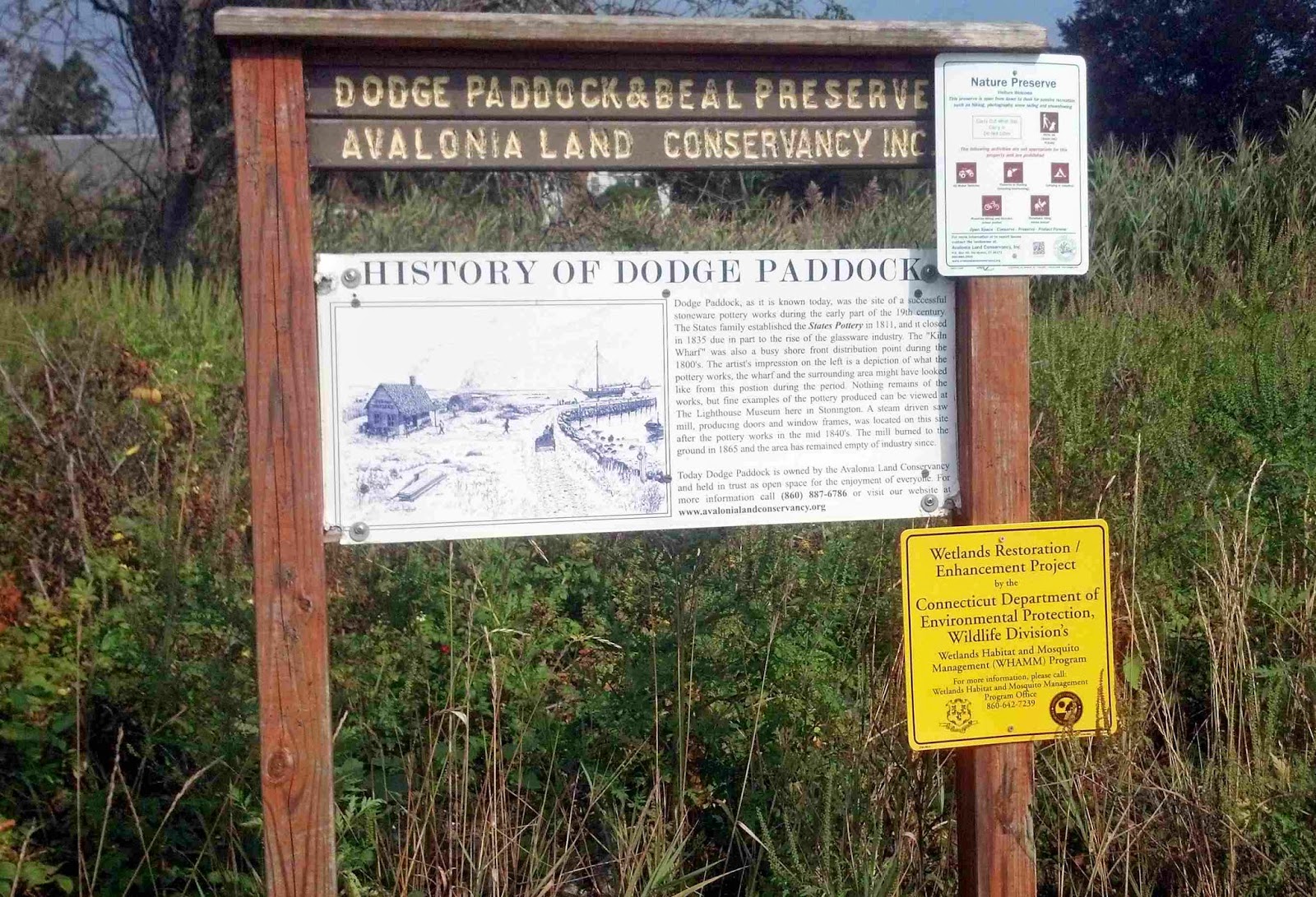 With the Beals taking the lead, a fundraising effort began to purchase the pristine ocean front property and preserve it as one of the last remaining open spaces in Stonington Borough. In total, about 12 neighbors came together to purchase the land. Shirley remembers fondly how the efforts united the neighborhood, recalling the time a neighbor knocked on her door and insisted that though they couldn’t offer much, they wanted to help in any small way they could. It was no small task, involving many meetings and attorneys. The efforts ultimately ended in success, as they were able to purchase the land and preserve it through the Mashantucket Land Trust. The Beals then made another personal contribution to the preserve by donating a parcel of their own land and gardens that abutted the Dodge Paddock, creating an even larger parcel of land to be preserved.

Avalonia’s main task in managing the Dodge and Beal Preserves involves dealing with the drainage issues and the invasive Phragmites that have taken over the increasingly wetland. In recent years especially, the property has been flooding more and more as the tidal line and sea levels rise. The land originally had an open ended pipe to drain this flooding, though this simply facilitated flow of water both in and out of the preserve, and thus wasn’t terribly effective. Almost a decade ago a pipe with a clamshell-like device was installed that allowed water to flow out, but not in. This was moderately successful for several years, but the system was still plagued by frequent obstructions with sand and gravel after storms. As part of the massive destruction brought by Hurricane Sandy in 2012, the clamshell pipe was permanently clogged and secondary drain pipe fractured. In addition the storm deposited lots of debris around onto the property. It looks like it’s a good thing they never built condos there.

Pottery in the Past

Another interesting aspect of the Dodge Paddock preserve is the different industry that existed on the property over the last centuries. According to historical sources, beginning in 1811, cousins William and Adam State ran a pottery factory. Unfortunately, due primarily to technological developments in producing glass, the pottery industry began to lag and the States left the trade by 1835. Though the lifetime of their business may not have been long, the State cousins played a pivotal role in establishing the pottery industry in Connecticut and training several prominent apprentices. A steam powered saw mill was then run on the property until it burned down in 1865. Even to this day, pieces of pottery can be found on the property if one looks around close enough.

Avalonia considers the Beals in the highest regard for their efforts in preserving this pristine and history-rich piece of land.