Avalonia Land Conservancy’s largest preserve, Pine Swamp Wildlife Corridor (PSWC), is located in the Gales Ferry section of Ledyard. Most of the property is a peat swamp that is little changed since from Colonial times. PSWC has beautiful ponds, a shrub covered power line right-of-way, morasses and quicksands, glacial moraines, and open forests. The southern portion of PSWC protects an important ground water recharge area supplying the drinking water needs of local households. 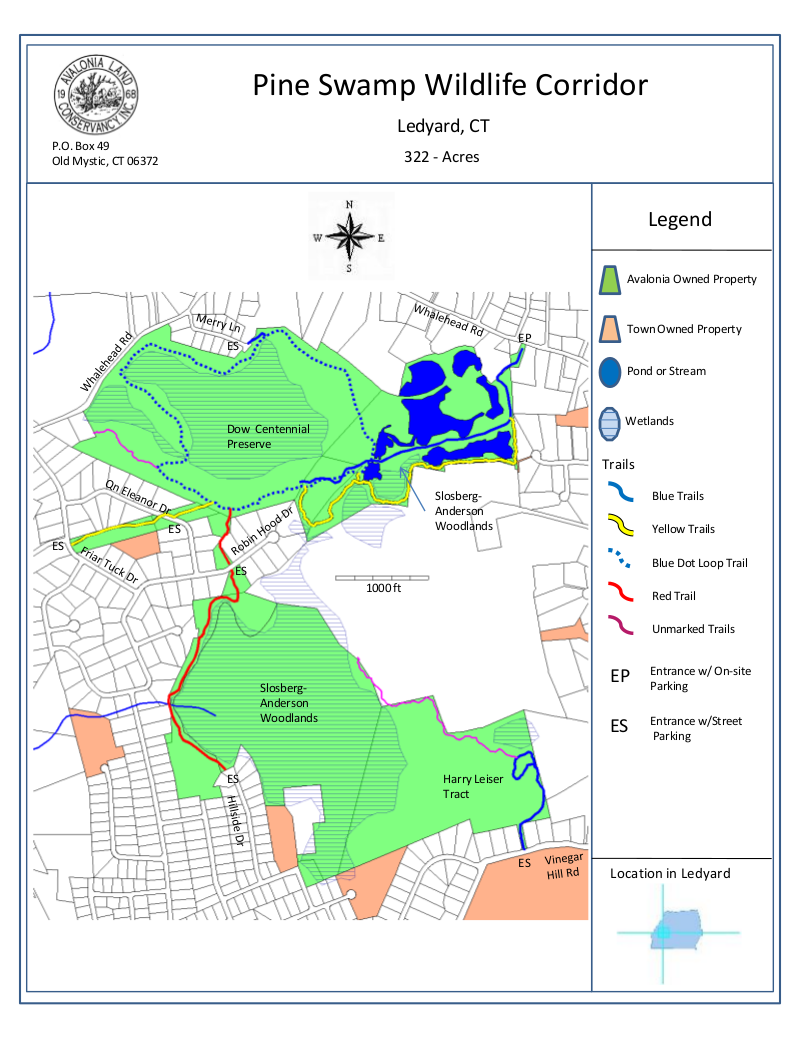 Created by a glacier

The Wisconsin glacier covered all of Connecticut and Long Island until about 13,000 years ago. As the glacier receded it left a belt of huge boulders across what is now PSWC from the NE to the SW known as the Ledyard Moraine. Some boulders are thirty feet in diameter. They are piled up 3 and 4 deep and form caves in which wildlife like fox and coyote make their home. In Colonial times wolves and bears also lived there. The rocks are covered with mosses and lichens and rock polypody ferns, some are hundreds of years old. Best viewing of the moraine is from the yellow and red trails.
In pre-Colonial times the swamp was well known to the local Indians who called it Cuppacommock which translates to a refuge, hiding place, or a close place or haven. It was also called Ohomowauke meaning owls’ nest, owl-place, or a resort of owls, (mhmmau-auke). 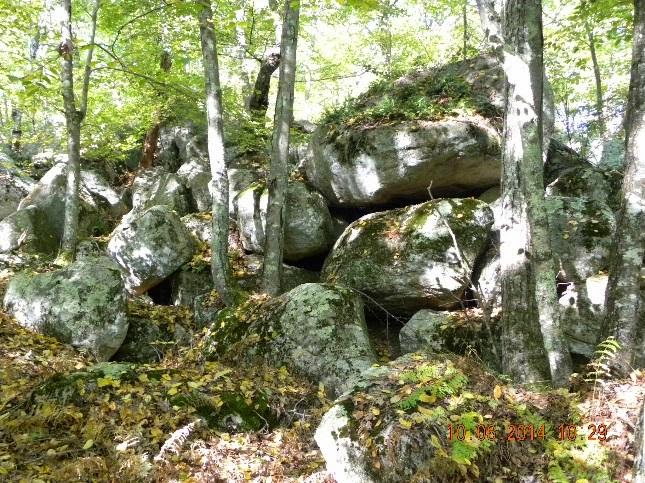 
Early colonist ship-builders, back in the sixteen hundreds, depended on pine swamps for masts and spars for their vessels. This pine swamp was known throughout the Connecticut colony as “Mast Swamp.” Mast Swamp furnished spars for more than a century. The last known pines were removed from the swamp in 1820, the final ones having been cut to supply ships in the Revolutionary War and War of 1812. Large pines have since regrown in the swamp. 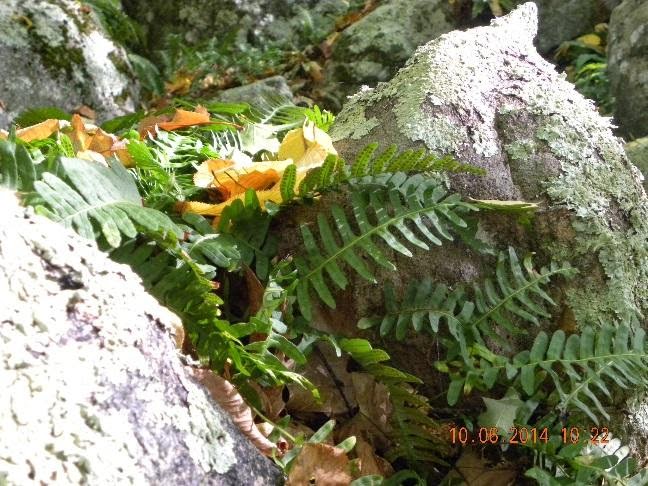 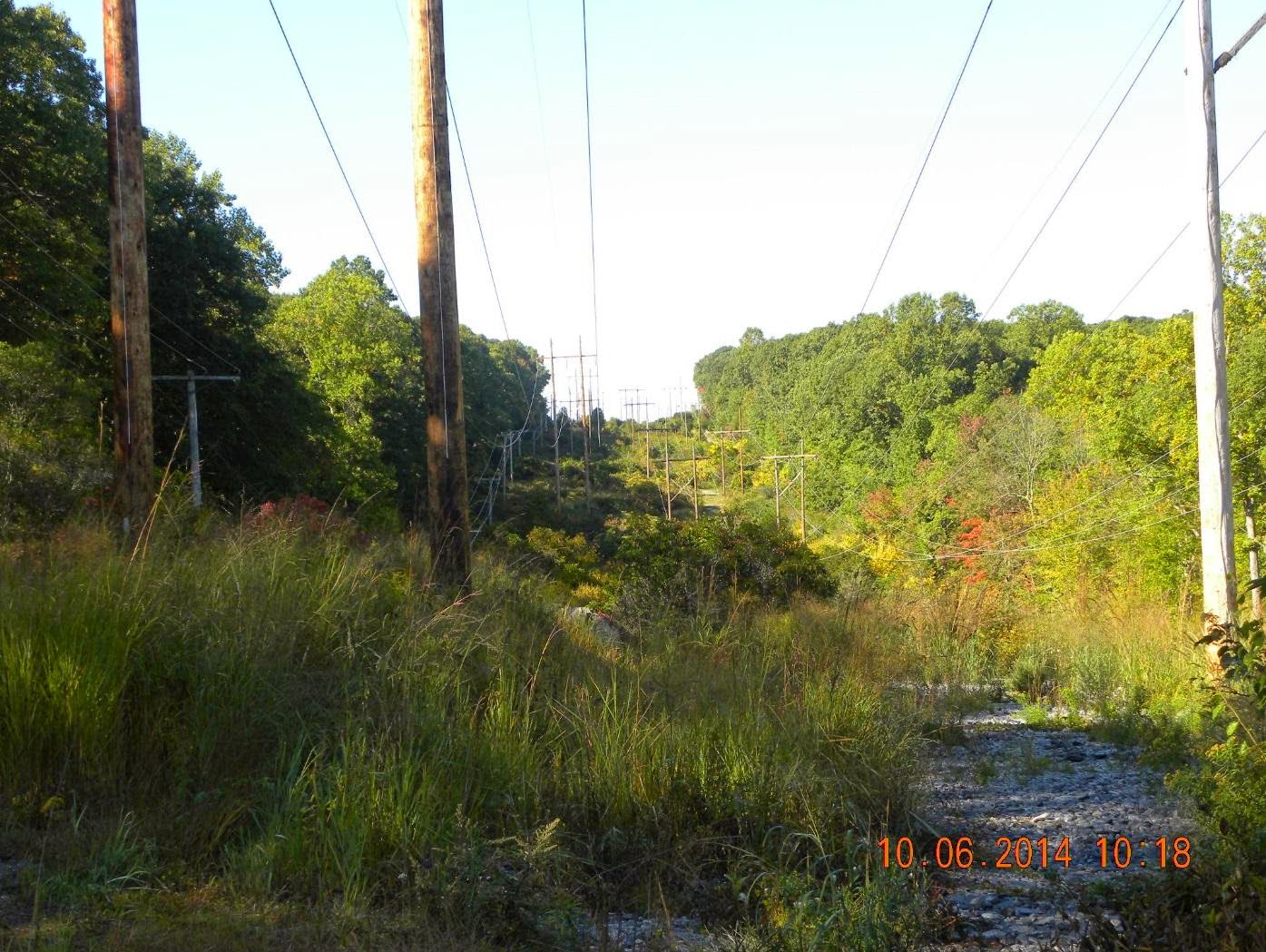 Photographs by Mike Goodwin.
Look for part 2 next week.
Posted by Al Bach at 12:30 AM